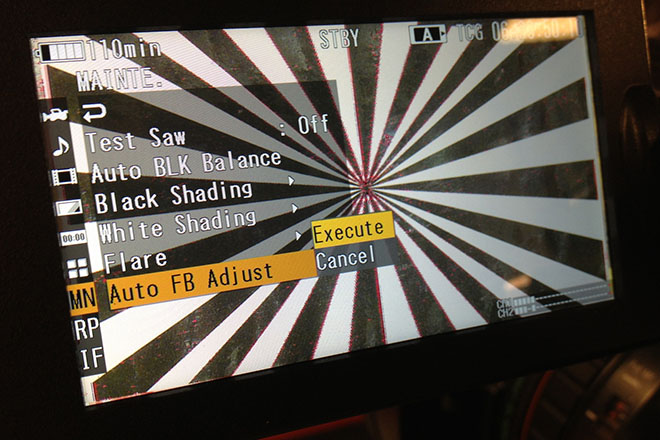 Sony just released new firmware to help resolve the backfocus issue on the PMW200 which has been seen on certain cameras.  Travel and movent to the camera body can sometimes misalign the focus mechanism inside the camera.  This firmware upgrade adds a feature to re-align it again.  Its an easy upgrade and only takes a few minutes.

You close the LCD, set gain to H and simultaneously hold down the scroll wheel (select/set), MENY and CANCEL. This will bring up a deeper mainenence meny.  Find FB Adjust and execute.  Do with using a siemens focus star of something similar at about 10ft (3m) aimed directly at the target.  The software will do this all by itself let you know when finished.

Doing this fixes the problem of the 2 cameras I tested to 95%.  I can still see a slight slight focus shift in EXPANDED FOCUS while shooting wide open,  but I think this is within specs on a lens like this.   This sets my mind at ease and I would not hold back on buying this camera on account of any focus issue but I would certainly check the back focus with the meny setting above.

Here is a link to the firmware 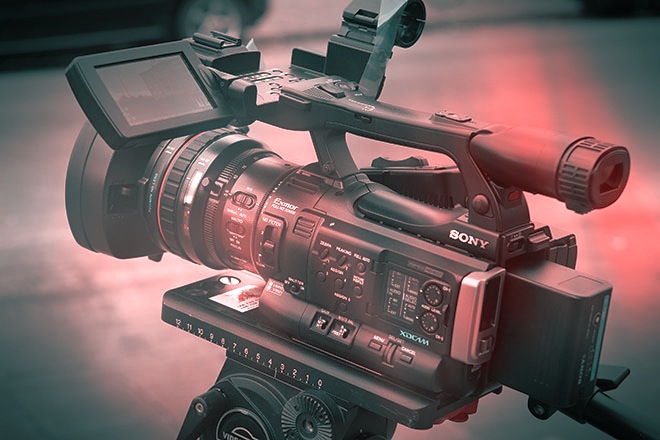 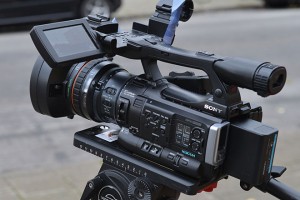 Ok So for the last week I have been trying to write a review on the PMW200. The image quality is really great but something else got in the way of finishing the write up. I thought it was a faulty unit but have now confirmed this on 2 different cameras.

The cameras I’ve tested are 2 brand new production models on loan from our dealer Scandinavian Photo. Upon hearing that I had focus concerns on the first camera they gave me another one to see if this was an isolated problem. It does not appear to be.
Before I go on, a small disclaimer. I have spent very little time with mid sized camcorders ala EX1, DVX100 etc etc. Therefore this focus issue of lenses not being parfocal might be a know issue with these “permanent-hardmount-lensed” cameras. If so I can only share my concerns from my point of view. I am grateful for any feedback you may have.

What happens is this. If you zoom all the way in, set your focus everything is fine. But if you zoom out a little, perhaps to re frame, you loose focus, but some of the peaking remains on screen. You can see what happens really clearly if you are in “expanded focus” but its easily missed in full display, especially if you are outdoors. If you correct your new wider frame then in case you decide to zoom back in you are out of focus again. The drift doesn’t seem to be constant but changing along the zoom range. Its sort of like a drifting back-focus.

Everything set to manual focus, focus ring pulled back to full manual. “Anti-shake”/”steadishot” makes no difference if its on or off. Again, confirmed this on 2 different cameras at f1.9 or f2.8 hard to see at f4 gone at f5.6- Video above is shot wide open, no shutter. Not a scientific test by any means but still a clear issue.

Hopefully this is just a firmware fix for Sony, to keep this little baby in play. It does put out a remarkably good image for the price tag. I am working on a review and will hopefully post shortly.

Below is what it looks like from the camera LCD.

Today I shot some more with the PMW200. Picture quality is great but I’ve experienced some focus issues which were of big concern. I just went by our dealer and picked up a new camera to see if this one has the same issues. Hopefully not… Testing more tomorrow. 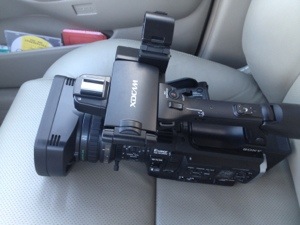 Yesterday I finally got to lay my hands on the new Sony PMW-200 Xdcam camera recently announced. It is a 50Mbit/s MpegHD422 camera with a 1/2 inch sensor.
I will do a complete post with pictures and more details, hopefully this weekend, but here is a sneak peak…

Image quality is really remarkable for a camera in this price range. We did a quick setup. Black cloth, a few objects, some skin tone and one 600w open face tungsten light. Same gamma settings, HG3, and we white balanced in key light.

On this shot I had, together with a Senior DaVinci Colorist / VFX Supervisor, a hard time to tell the difference between a PDW700 with a Canon HJ22 (a $65 000 setup) and the PMW200 ($8 000).
I had heard it was good looking camera but this more than I expected.
This is of course one setup shot at f5.6 at our office. Other situations may show different thing, more testing will tell. 🙂

The camera has a few things I am not thrilled about but we’ll leave this for the complete post. Check back!

Here is a screen grab converted to Jpg for display. Will post uncompressed pics with later post. 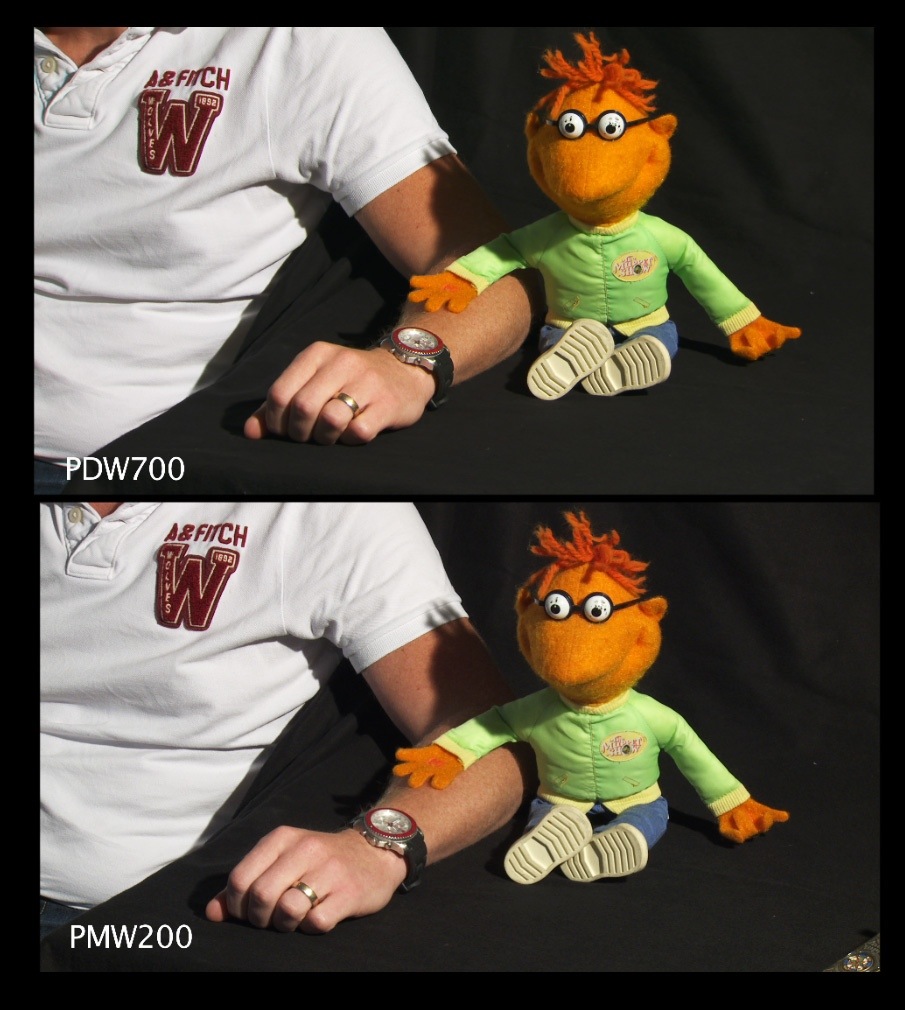 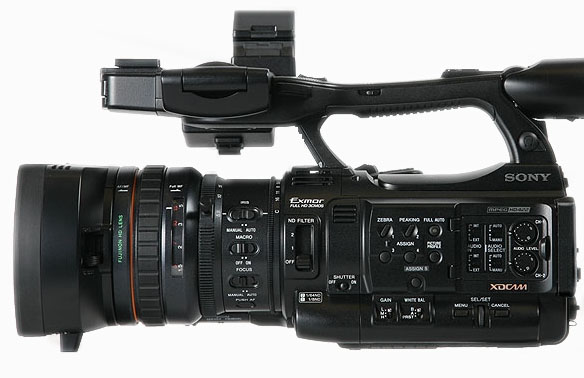 Is the PMW-200 the next big thing by Sony due to be released in the next few days?? Rumors are flying around and I saw a PDF with some interesting information that if true could prove to be a new camera in the XDCam line up. It will, if true, offer 1/2 inch EXmor CMOS FullHD sensors and HD422 in 50Mbps.
A big big dealer in Europe actually has the camera up on its website, I saw it for myself, reachable from a search engine URL.
Anyhoooo, rumors or not, We’ll know what Sony has in store soon enough… 🙂