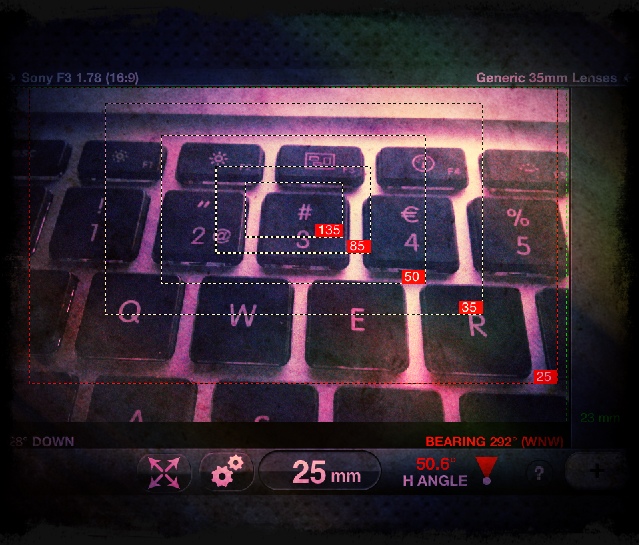 In the series “Top iPhone apps” here is my favorite right now.  “Artemis” which act as a directors viewfinder.   I just got back from a locations scout in the north of Sweden. Later this week we travel up to Kiruna to shoot a commercial for a tire company.  A location scout was really needed to have some clear locations in mind once we all get up there.   So you may ask: why buy an app instead of just using the camera in your iPhone??

What is so great with this app is that you pick a camera and lenses and it will allow you to see what you’ll see once you bring the gear on location. What will the 85mm lens look like here?  Will the entire house fit in frame on a 25mm lens from this distance?? 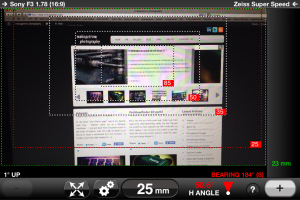 And even cooler is being able to save a snapshot with added metadata (like location name), lens choice and at what angle (tilt) the shot was taken. GPS location is also added to each frame.

The one downside, not the apps fault, is the lens on the iPhone.  Any lens choice in the app wider than “23mm!!” (on a super 35mm dig sensor i.e. Sony F3) will be wider than the Iphone can picture.  The app will then add an orange marker as show what’s missing. 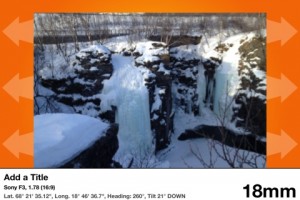 This is a pricy app at 30 USD but definitely worth every penny.   Thanks to Artemis I was able to deliver an email with 19 pictures with lens data to the producer in a far away land, all before leaving for the airport. Really really helpful when talking storyboard over the phone… This app is also available on Android.

Today I am heading out on a recon trip to see what’s what  before next weeks shoot up north.  We are shooting 4 days next week in Kiruna, the very nothern part of sweden.  I’ll get some still of where we intend to shoot, send them by email to the producer. This is one of these moments where I’ll also use the Sun Scout to see where the sun/light will come from.  I will add more stuff on this shoot during the next two weeks so check back. 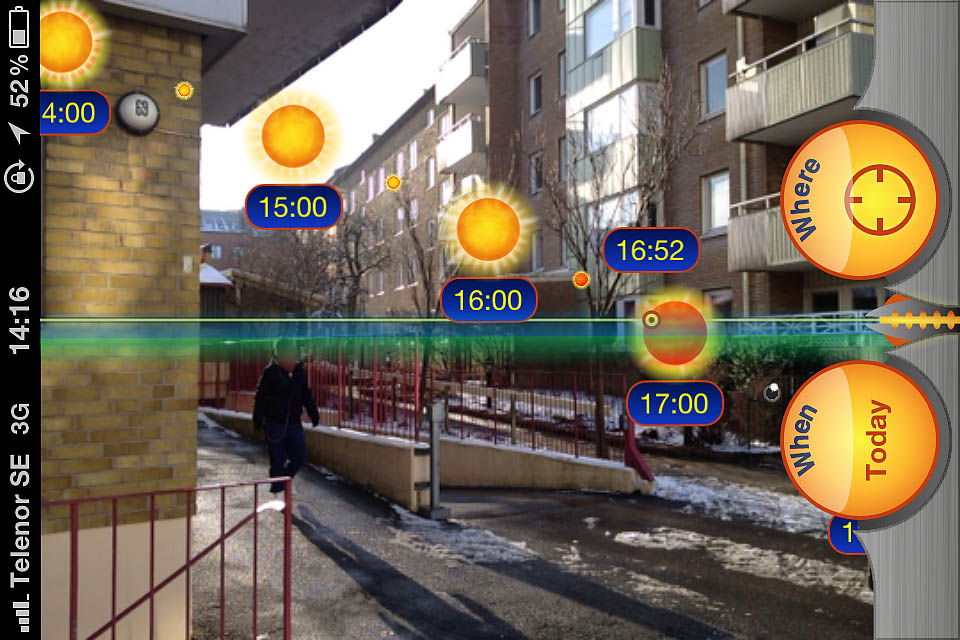 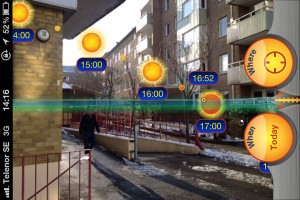 Here is another great app I use a lot for both filming and location scouting. It is called Sun Scout and will show the sun’s path at any point during the day. So if you need to know when the sun will sneak over that rooftop behind you and hit your location this is the app that will tell you. It is not 100% accurate but really close enough. You can also change the setting to see the path at a different date, nice feature for a scout.
This time of year in Sweden finding the sun requires a LOT more than this app though… 🙂 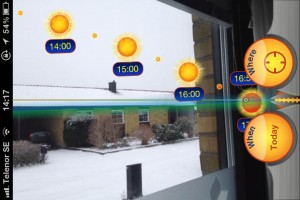 One thing I always want to bring back from a location scout are a few pictures of what everything looks like.  The rooms, how many windows, doors, where is the light coming from etc etc.  I recently found a great app for this called 360.

It simply allows you to take a “sweep” of the room and the app stitches together everything to a nice picture to go. A well spent 99 cents!

Here are a few examples from a recent scout. 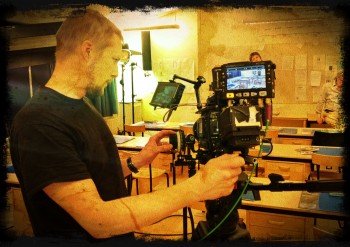 This is the first day of a pilot shoot for a new kids show.  It will eventually involve a 3D figure who is a little girl’s best friend. The goal of the 3D is for it to be as realistic as possible, on par with feature film. A new challenge for me is shooting someone who doesn’t exist on set.  Brings new thoughts on framing… 🙂

Format for the pilot is Sony’s PMW-F3 with an on board  Pix240 recorder.  Everything is recorded in 10 bit DNxHD.