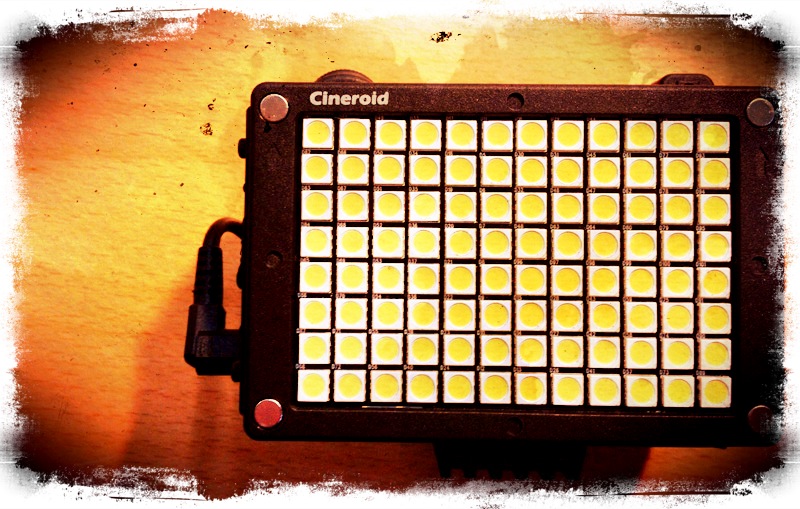 At NAB as IBC last year these lights were announced and now its time to have a look.  I am looking for a nice small fill light for a car interior and thought the Cineroid LED a try. 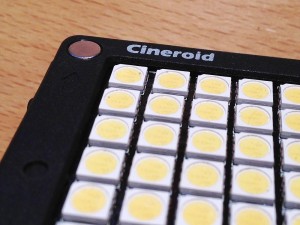 I went over to our dealer and borrowed one of their lights. It is a small battery powered LED light made up of 96 small flat LED lights. The kit comes with 2 “fronts”, light grills, one tungsten (3000K) and one daylight (5000K) as well as charger, battery and battery plate. The “light fronts” snaps on and off with 1 release on each side of the light. There is no glass or protective cover over the LEDs but the construction seems solid enough, and only time will tell if they stand up to regular field use.

The light is made of a hard plastic and feels like a pretty solid build. The buttons on the back, both On/Off  as well as the for switch controlling the fan, are recessed and fairly protected against damage.  The fan has an option of running automatically or manually. In manual mode it has 5 different speeds. At the higher settings it could cause audio issues in a really quiet room. Since I’ve not spent any time shooting with this light yet I can’t say how much the fan is needed to cool the unit. The back of the detachable LED also work as a heat sink which hopefully reduces the need for the fan. You can set the manual setting to 0 and effectively turning the fan off. In case of overheating the display will warn. 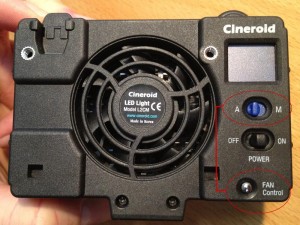 One minus is the power connecter which sticks out on the side and is a regular consumer connector. I don’t understand why every manufacturer making these lights insist on NOT using a more robust power connector. I really doubt it would affect the price that much and I think people would gladly pay and extra $20 for a connector that will actually last during regular field use. It is not as flimsy as other lights I’ve seen but one improvement for the next version would be to incorporate the power connector in the battery plate, attaching between the plate and the light. This would eliminate the need for the external cable. 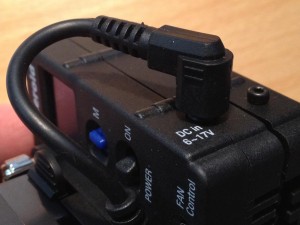 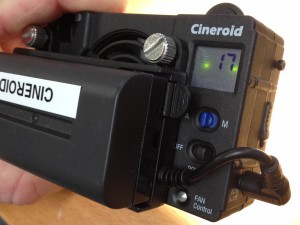 On top of the light there is a rotary wheel which controls the dimming in 30 different steps. This is also a possible weak point in case the light would take a hit. The level of dimming is shown on the little LCD display on the back of the light. 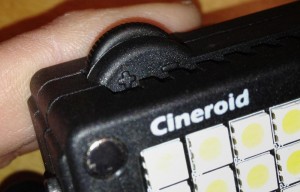 SO how does the light actually light?

Positive first: A powerful little light.  What I really like about the output is the spread. At a distance of 2m (6,5ft) the spread is 3m (10ft) and with a difference of only 2/3 of a stop between the sides and the middle. So no more of the flashlight look that is a dead give away of an onboard light. This is Great. Output is roughly 12fc at 2 m giving a f2,8/800iso/180degree shutter/25fps.

If you want to narrow the throw there is a detachable grill that snaps on with 4 magnets holding it in place. This of course also cuts the output of the light. 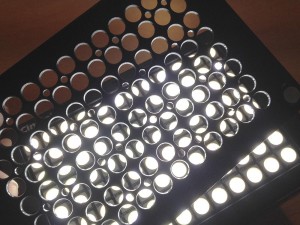 The negative. As with most LED lights there is a problem with multiple shadows especially when lighting something close up, so also here. 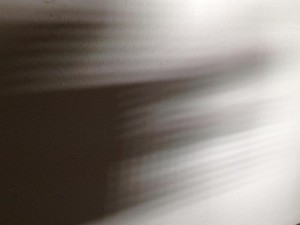 This shows up mostly on a flat bright surface and it almost not noticeable on a face as you can see below.

You can reduce this greatly by putting some diffusion (Lee 216 in picture below) over it which softens the shadows enough not to show. 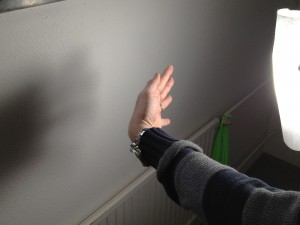 Conclusion. Before I actually published this post I popped over to Scandinavian Photo and bought one of these lights. I think it is a nice little light to use as fill or for a car interior for example. The dimming feature is nice but one thing I miss is the ability to dial in different color temperatures.  I will post back what I think once I’ve actually used it in production a few times. Then I’ll really know what’s what especially when it comes to color and such… 🙂

Disclaimer: I Borrowed the light for the testing and bought one to keep. I have received no compensation in writing this article and all opinions are my own.